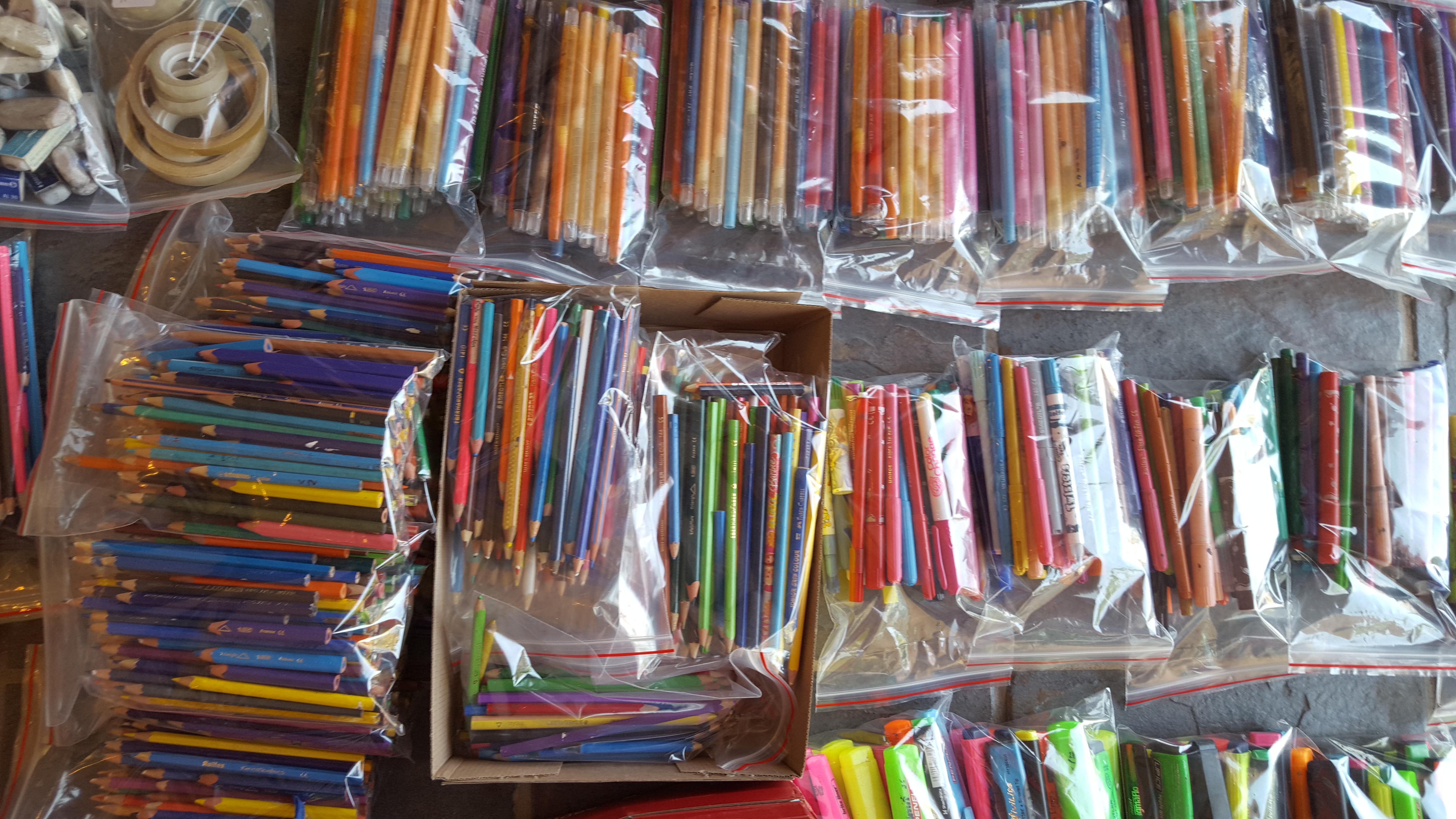 At the end of 2015 The Pen and Paper Project were lucky enough to collect stationary from a few more schools who were happy to come on board our stationary drive.

As usual we received a great amount of support from Oakhurst Girls Primary School. It was so nice to have Herschel Girls Prep, Wynberg Boys Junior and The Grove Primary School also lend a hand. Some private donations were also made which is much appreciated!

Once we had collected all the donations, we had a mammoth task of sorting through everything. Every pen was tested, those that were not working were thrown out. Pencils were sharpened, pencil cases were cleaned and all the stationary was repacked into bags so that each grade of the new school can receive quality packs of stationary.

We will be dropping off all the donations at Wysersdrift Primary Farm School in Worcester soon, keep your eyes peeled! 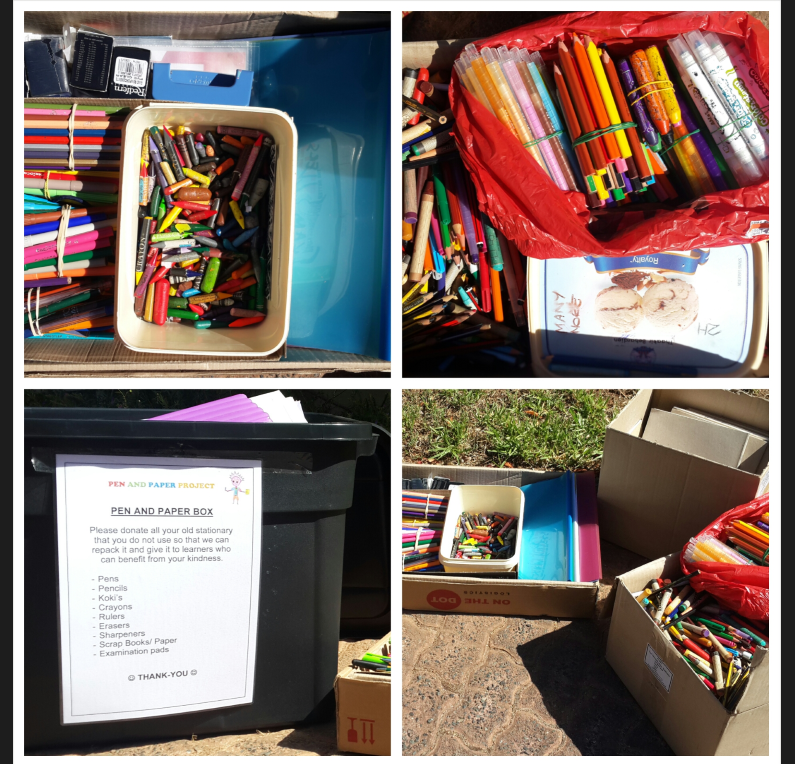 This year Oakhurst Girls Primary School in Rondebosch got involved and helped us collect tons of stationary! We have been so lucky with the amount they have donated to our project!

Your donations will definitely go far 🙂