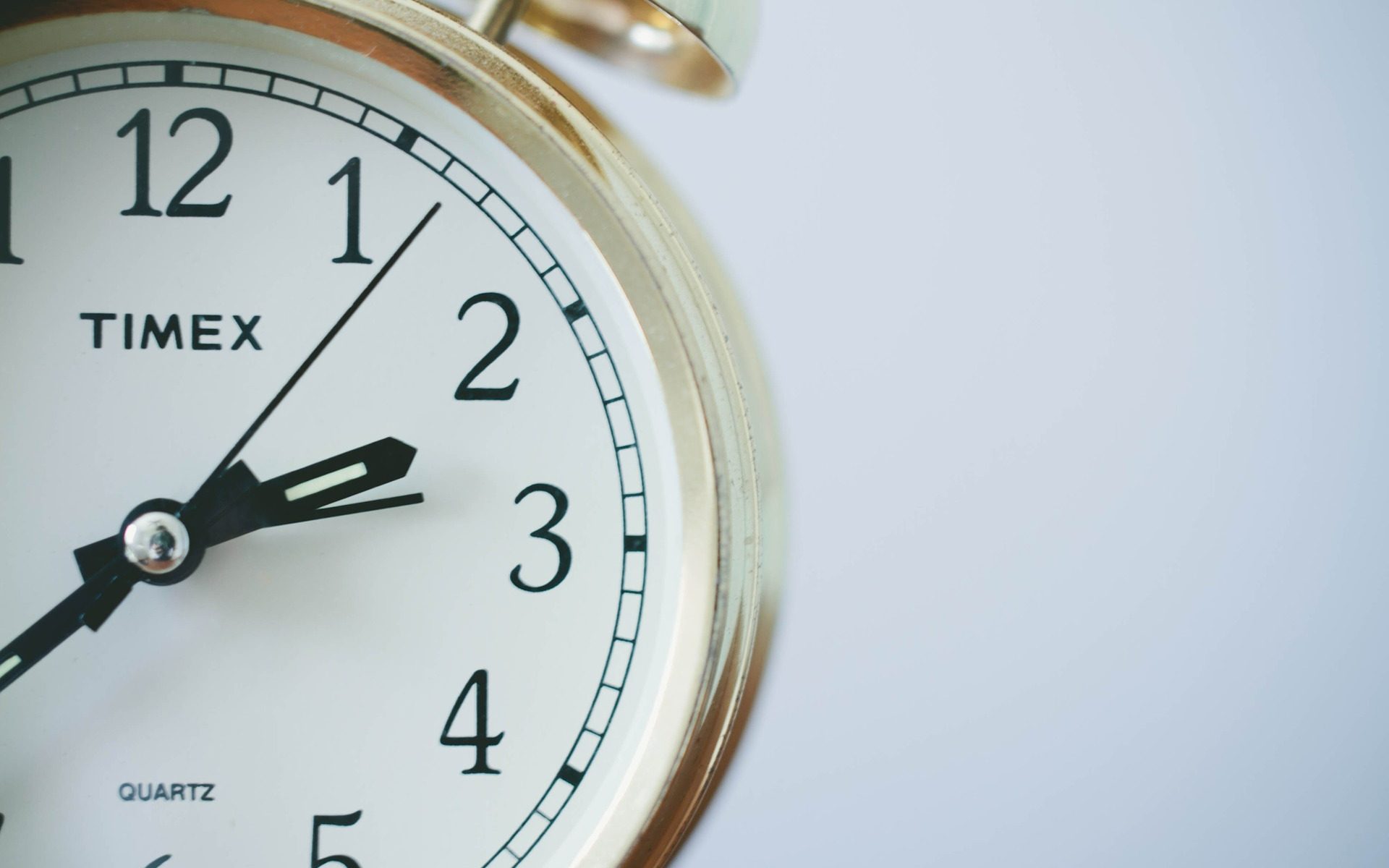 “Growing up in Namibia, I spent many of my holidays on my grandparents farm, which is in an arid area of the country. There was no electricity and every drop of water had to be pumped from a borehole. This didn’t worry my grandfather in the least.

Regardless of the season, he was up every morning before sunrise when the old cuckoo clock struck four, and was then in the kitchen making coffee. After this he headed out to attend the work of the day.

He didn’t press a “snooze” button. In fact, I doubt he ever set an alarm clock. His motto was:

He knew that when it was time to plough, that’s what had to be done, because the rains don’t have a snooze button. The same went for the cows. When they came into the kraal in the early morning, it was milking time. No hitting the snooze button.

The snooze button is an invention which encourages the poor habit of delaying unavoidable action.

Pressing the snooze button buys one a few extra minutes sleep, but doesn’t make a difference in the long run.

Instead of hitting the ground running, we fall prey to this folly of delayed action, which often results in things taking longer. Every time we choose “I-can-do-that-later”, we waste time picking up the thread and re-focusing.

In terms of safety, there are a number of examples. Two of these are OPPORTUNITY and RISK. Opportunity normally has a short time frame and if you press snooze, in most cases, you will lose out. The expression, “there will always be another opportunity”, is the language of losers.

The same goes for risk. Once it has been identified, it must be dealt with, because a risky situation cannot be put on hold. Actually, if swift action is not taken, an even bigger risk might be created by breeding complacency.”

Sancert is ready to review your site to ensure you meet all department of labour requirements in order to be Covid-19 complaint. Once we have done a review and issued a report, we will provide your company with a site specific certificate which guarantees that you are meeting the requirements to the best of your ability.

Sancert will not implement the requirements for your company but we are pleased to provide the necessary templates for you to entrench yourself. Please see below templates which you are welcome to download and edit to your liking: